Get To Know The Yoga West Team: Meet James 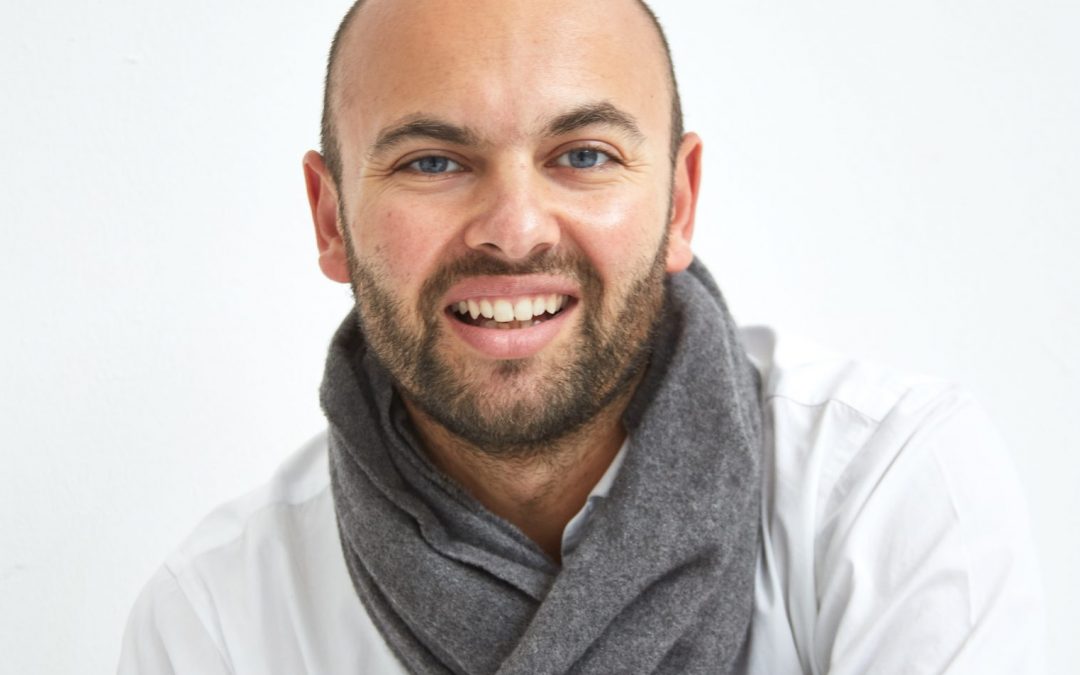 How did you get into yoga?

I did my first yoga class pretty much the same time that I started working in the City after university. A girl who I had recently started dating Anna (now my wife) asked me to come along with her to a class.

I walked into a studio and pretty much everyone else was a woman between the ages of 35-60. I was a very serious runner then and thought of myself as very fit so cockily expected the class would be a piece of cake. 10 minutes later I found myself a waterfall of sweat, puddles forming on my mat (it was not a hot studio), muscles shaking uncontrollably and in a world of pain. I was so tense and my body so unused to the idea of just holding a pose.

I wouldn’t say I felt anything amazing after the class but I went to a few more classes with Anna and around the third or fourth one I felt a powerful sense that I was tapping into a different version of myself. I would have to fight to leave my office in time to get to class and then would have to rush madly on the tube over to the studio and would arrive at the class just a ball of stress. It would take a long time, often not until the second half of the class, to relax but by towards the end of classes I found a deep sense of peace,  which was a completely new experience, and would often drift off into a wonderful Savasana. After the class it felt like I floated home. To someone who spent a fair amount of time worrying this felt wonderful in so many ways…­

Was there a moment when you realised that you wanted to pursue yoga seriously?

Even though I loved yoga it took me a long time to change my behaviour and really commit to it. I started yoga in 1999 and despite a 2-month trip to India partly to practice yoga in 2001 my practice was still pretty sporadic for a number of years. I would practice regularly but then this would fall away and I might not practice for a couple of weeks. Around the mid-2000s I finally fully realised and accepted that I was a different person when I practiced yoga regularly- calm, ready for what life threw at me, confident in my self and able to use this as a basis for the decisions I made in my life. (I don’t know why it had to take me so long to fully grasp this.) I started practicing yoga at least four times a week and doing at least two Mysore-style Ashtanga yoga self-practices. I felt myself changing gradually but profoundly.

How has yoga changed you?

Yoga has been the medium that allowed me to be the person I hoped I could be. I had a sort of sense of that person when I was younger but lacked the emotional intelligence and confidence to become him.

Yoga has taught me to better understand and empathise with those around me: my family, friends, colleagues and everyone else.

I really don’t understand why this combination of movement, mental focus and breath has this effect on people. I think it’s because our lives and minds are so busy with clutter that it’s easy to get lost and miss the bigger picture and that a regular yoga practice keeps bringing you back to this.

It’s also kept me pretty fit and healthy, which is nice too.

What is your approach to running a yoga studio?

My approach to running a yoga studio is pretty simplistic

What advice would you give to people who are considering taking up yoga?

More seriously life today feels overly busy and frenetic. Perhaps that’s how it’s always been. Everyone needs the ability to step back to work out intuitively what is important to him or her and then to be able to come back to this regularly. For many people yoga is a great way of doing this. Try and commit to practicing twice a week for a month and observe how this changes you. If this feels good (I’m sure it will) try and keep this up. If this is too much try and meditate once a week and do one class a week.

Do you have a favourite yoga quote?

This isn’t a yoga quote and actually it sounds like the sort of thing you might here in a bad corporate strategy presentation but I really like the quote below from The Art of War. My interpretation of the quote is that if you know yourself and you know the people around you then you will find a way of living harmoniously. I suspect that’s not what the author intended but I use this as a template to navigate relationships.

“If you know yourself and know your enemy victory is never in doubt, not even in a hundred battles” Sun Tzu, The Art of War

My father is from Mysore in India - arguably one of the most important places in the worldwide growth of yoga – but I’m pretty sure he didn’t expect to move to the UK and for his son to open a yoga studio.

I meditate most days and think that everyone should meditate.

I’m scared of snakes and as the photo shows like a good scarf.

I’m not very good at answering this type of question.