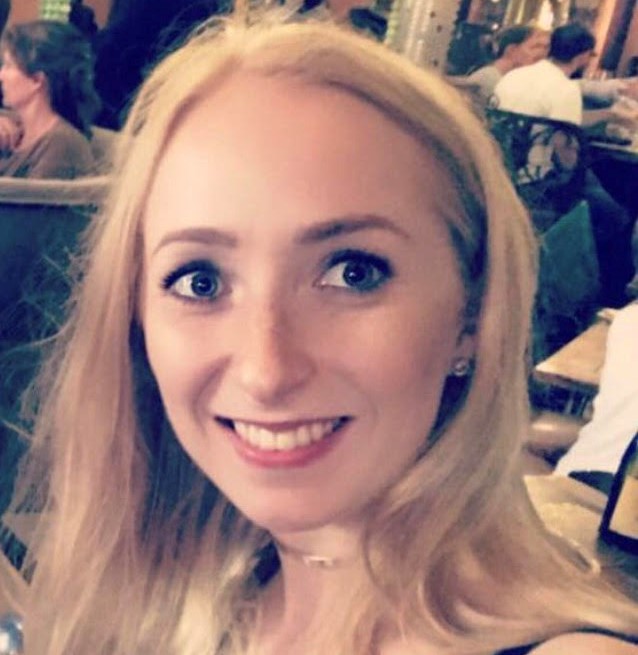 How did you get into yoga?

My earliest memory of yoga is staring at a photograph of a woman doing the wheel alongside a definition of yoga in a gigantic, DK branded, ultramarine blue encyclopaedia (remember those things we referred to in the days before Google?)

I tried to copy the pose, and being of the age where I wanted to know everything about everything, I peppered my mum with questions on a near daily basis until that Christmas, Santa brought me GMTV host Penny Smith’s yoga VHS video and mat set so I could try it by myself in the living room. I vividly remember my (older, cooler) cousins asking me what on earth I was doing when they walked past me doing downward dog…

Yet as I got older, I started to gradually forget about the idea, as music and dancing took centre stage (pun intended), as I got into my teens. It wasn’t until I took a year out of my degree to work in Paris that I ‘rediscovered’ yoga. My flatmate took me along to the free classes at the rooftop terrace of the Wanderlust bar overlooking the river Seine, and I started going on a regular basis - well, somewhat dependant on how the strong the calling to the Parisian cafes’ endlessly flowing vin rouge happened to be on the Saturday night.

I continued to practice on and off, until the beginning of last year, where I discovered Yoga West and started commuting in from Windsor after work to practice at the studio. I have since moved to Chiswick which has made it much easier to get to class!

Was there a moment when you realised that you wanted to pursue yoga seriously?

I think that so often we hear stories or see stories told on social media by people who declare it was love at first sun salutation, but for many people yoga is discovered over time through a series of stops and starts. Even though I have always enjoyed yoga, it can take time to see its benefits both physically and mentally.

The idea of yoga needs to cross paths with the right circumstances in your life such as a local teacher or studio, at the right time, when you can create space for the practice and start taking regular classes. But I think there is a second turning point whereby you realise the impact of yoga outside of the studio and beyond the physical practice, at which point it calls you to dedicate yourself to a consistent practice on and off the mat.

For me, this turning point was after I had been attending a few months of classes at Yoga West, before I joined the team, and I realised the positive impact it had on my mental health as much as my physical health: I felt calmer, happier, less anxious, less stressed, and every time I practiced I walked away feeling better than when I began.

How has yoga changed you?

To an outsider, yoga brings about some obvious changes physically: you become more flexible, see better mobility and physical strength, all of which I have noticed change in my body since practicing yoga. There are also some mental shifts you can see as well, such as a greater sense of calm, which often comes with any exercise programme. But with yoga there are many ‘behind the scenes’ changes that happen gradually over time, and those changes can be more subtle to spot in the short-term.

As I look back now, I can see that yoga has changed my whole perspective on life, which is difficult to summarise here but I think the key elements are: showing up for yourself on a daily basis, connecting with your body and mind, listening to what your body and mind need, and understanding what your practice needs to make progress. And perhaps most powerful of all, practicing yoga has helped me to get better at becoming aware of, and listening to, the inner voice. I’m talking about the one that sits behind all that ‘noise’ that occupies your attention 99.9% of the day, it’s the self that is the awareness of that voice, it is both your gut instinct and your rational, logical self. It sits beyond the day-to-day distractions, and I think that practice of connection to the self is formed and built on the mat but is a lifelong pursuit that we’re all working toward.

Advice to people considering it?

This may sound cliché to say we are all on our own unique journey, but working in the studio, comparison to others actually comes up a lot in conversation, and often in different forms. Part of the beauty of yoga is that there is no competition, there is no way you can ‘Win’ yoga or be the ‘best’ at it.

Although, as an aside, I just googled it: apparently there is such thing as a yoga championship, but as the Wikipedia page says, it conflicts with the nature of yoga… Yes, you may be more flexible or be able to hold an inversion or arm balance, but if you’re doing so to serve your ego, then yoga still has a lot to teach you.

So, my advice would be firstly to stay open: to trying a new experience, to exploring what your body can do, to seeing what you can learn through yoga. But focus on what is going on within the four corners of your mat. Notice when you are comparing yourself in class and refocus on what you are doing. Close your eyes for a few seconds if you need a way to bring your attention inward. When you’re new, it can feel like you have a thousand things to think about at once, so it can be helpful to just take a second to think about rooting down through the feet to re-centre yourself and feel grounded a few times during the class.

On a practical level, I would say try a few different classes. Every teacher and every class type is very different. If you have never done yoga before, I highly recommend a basics course, not only so you can get the foundations right but so you have a frame of reference, meaning you can go into any class with a good idea of what the basic movements are going to be. If you have done a bit of yoga before, try out some Vinyasa classes and Yin classes and see what works for you. A vinyasa class may be too fast-paced to keep up with the sequences, or if you have a fitness background the idea of Yin may feel alien to you. Start in your comfort zone and work from there. I suspect over time you will come to see the value in many different types of practice.

And lastly, I would recommend you take a little time outside of class to think about how it may fit into your life. Often, something that can happen any time happens no time. In other words, if you could go to class any day of the week, weeks will go by without having gone.

My favourite quote as a yogi:

“There is nothing more important to true growth than realizing that you are not the voice of the mind - you are the one who hears it.”

― Michael A. Singer, The Untethered Soul: The Journey Beyond Yourself

BOTH THE YOGA WEST ONLINE LIBRARY AND STREAMING CLASSES GOING LIVE WEDNESDAY 25 MARCH
THE STUDIO MAY BE CLOSED FOR NOW BUT OUR MISSION REMAINS THE SAME: TO GIVE EVERYONE THE OPPORTUNITY TO HAVE A REGULAR YOGA AND MEDITATION PRACTICE.
WE ESPECIALLY WANT TO SUPPORT YOU DURING THIS DIFFICULT TIME. WE ALSO WANT TO MAKE SURE WE SUPPORT OUR TEACHERS WHEN MANY OF THEM HAVE LOST MUCH OF THEIR INCOME.
WE HAVE CREATED A LIBRARY OF 50 PROFESSIONALLY-SHOT CLASSES RANGING FROM 10-60 MINUTES WITH JEFF, CSILLA, BRODIE, ZEENA AND CLARA AMONGST OTHERS TEACHING BEGINNERS YOGA, MEDITATION, PREGNANCY YOGA, KIDS YOGA, ASHTANGA, DYNAMIC FLOW, YIN AND YOGA FOR ANXIETY AND SLEEP. THE LIBRARY ALLOWS YOU TO PRACTICE WITH YOUR FAVOURITE TEACHERS ANYTIME.
FROM WEDNESDAY ONWARDS WE WILL ALSO OFFER YOU 2-3 CLASSES A DAY WITH THESE TEACHERS. THESE CLASSES WILL MAKE SURE YOU KEEP IN TOUCH WITH YOUR FAVOURITE TEACHERS AND THE REST OF THE COMMUNITY.
FOR THIS WEEK ACCESS TO STREAMING CLASSES WILL BE FREE. PLEASE GO TO OUR TIMETABLE, WHICH YOU CAN ACCESS HERE, PURCHASE A DROP IN AND USE THE CODE ywstreaming FOR TWO FREE STREAMING CLASSES BEFORE APRIL 1.
IF YOU WOULD LIKE ACCESS TO THE YOGA WEST ONLINE LIBRARY PLEASE EMAIL THE STUDIO ON INFO@YOGAWESTLONDON.COM
STAY WELL AND SAFE
LOVE
YOGA WEST