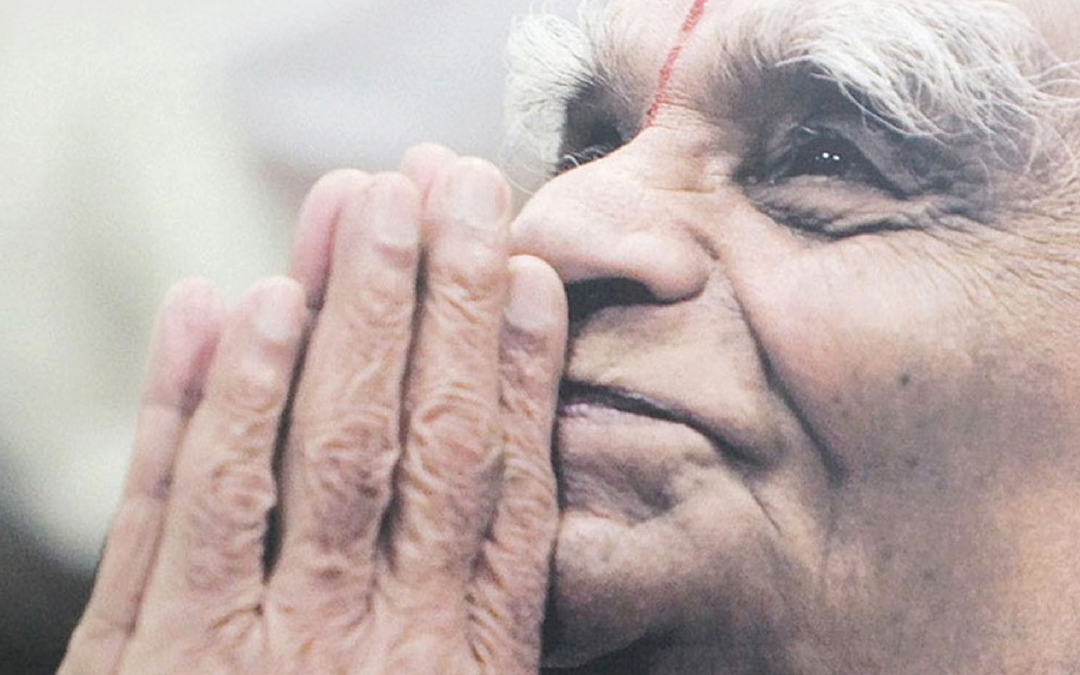 B.K.S. Iyengar, the founder of Iyengar Yoga, was considered one of the foremost yoga teachers in the world.

The master of modern yoga, he was was born in India, on December 14, 1918.  At age 15, Iyengar moved to Mysore to study with his brother-in-law T. Krishnamacharya who introduced him to a yoga practice. He practiced daily and his natural love and dedication quickly made him an adept practitioner and demonstrator of asanas and cured him of the many weakness he suffered from childhood illnesses. Just three years later, Krishnamacharya sent Iyengar to Pune, India, to teach.

By using his own body and mind as a laboratory and becoming one of yoga’s greatest ever self-taught experimentalists, he stayed in Pune and gradually developed a name for himself as a teacher and an expert on therapeutic yoga.
In 1952, he took his first trip to the West where he was invited to Europe by the famous violinist Yehudi Menuhinegins. It here where he came to be recognized as a master teacher, in India and abroad. In 1966, Iyengar published his game-changing book Light on Yoga, which has become the bible of several generations of yoga practitioners. It was this book that launched Iyengar onto the international stage and fueled a revolution within yoga, especially in America.

Iyengar’s teaching pioneered the direction of yoga history and he is best known for his emphasis on alignment of the body, precision and detail of the poses and the use of props to make poses accessible to a wide array of students. While he was not the first to introduce props in yoga, Iyengar greatly extended and refined their use in order to give students an experience of poses they couldn’t do on their own, to teach alignment, and to allow longer stays in certain poses to help enhance the therapeutic effects. Unlike many influential gurus teaching in the West at the time, Iyengar neither emphasized spiritual practices nor asked students to become devotees or join a religion. By making yoga culturally accessible, he helped bring about the phenomenal yoga boom that erupted in the 1990s and continues today.

He continued to travel around the world and share his teachings with both students and yoga teachers alike, leading to many established schools teaching his method around the world. In 2014, he passed away in a private hospital in India. No single person has shaped twenty-first-century global yoga more than B.K.S. Iyengar, whose eight decades of committed daily practice, writing, and teaching brought yoga to the wider world.