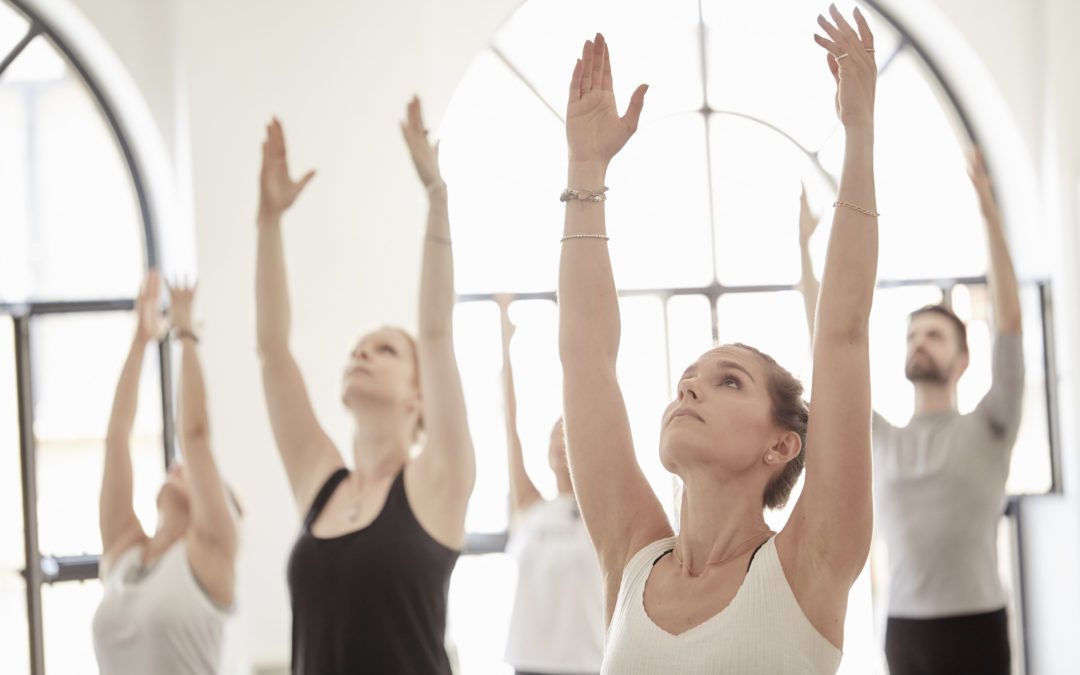 I made a last minute decision to sign up to the 30 day challenge on 1st November with a view to see how I "got on". I didn't think I would manage the full month but as I clocked up each day I became determined to just do one more. I think seeing the growing line of  stars on the board was also a big incentive...I decided to take up the challenge as I've been seeking to develop a better work/life balance, and I also wanted a goal to focus on for the end of the year. I wouldn't say it's been easy, far from it, but then it wouldn't be called a challenge would it?The hardest thing has been finding the time to make it to the studio every day. I've had to be very disciplined, leaving work on time and saying no to several social engagements - spontaneity went out the window for the month! It was also hard psychically, I've practiced yoga regularly for over four years but not every day. Austin recommended that I made sure to mix up the classes, balancing flow with yin and restorative which was really helpful advice! I would be lying if I said I didn't hit a wall on a few occasions and thought about having a day off but then I'd come to the studio and do an amazing class and feel so good afterwards - special shout out to Hermoine and her amazing flow and yin class on Sunday evening for setting me up for each week of the challenge!What have I learnt from the experience? I'd say the biggest lesson I've learnt is about myself.  Practicing regularly I was already aware of the benefits of yoga but I was amazed by the difference a daily practice made. I have been far more productive and focused at work, and generally have felt much calmer and happier. This has been noted by my colleagues and friends and family too. My yoga practice has also developed. I ended up going to a couple of Brodie's yoga basic classes mainly because they fitted timewise but it was good to take the time to slow down and actually focus on the stages of each pose and my breathing. As I've been practicing for a while now I hadn't realised how much I just subconsciously move into the poses without thinking.As I come to the final days I've been reflecting on life post challenge. I don't think I'll be able to maintain coming daily to the studio but I'd like to try to continue with a daily practice if I can. Yoga for me has never been about being able to do a headstand (disclosure - I still can't do one!), but on finding a sense of balance and stability. The challenge has certainly helped me to do that, I'd definitely recommend it to others.