Ram Dass: From Harvard academic to “servant of god” 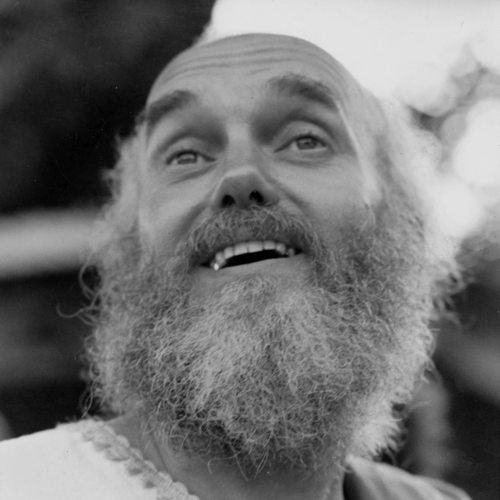 Ram Dass is famous for his quote “if you think you are enlightened, try spending a week with your family”, and his beautifully illustrated book Be Here Now. It’s also alleged that he gave the Dali Lama LSD.
In his early years Ram Dass was a highly regarded Harvard psychologist and pioneer of psychedelics. His mind altering psychedelic research eventually lead him to India, and on a work trip he met his guru, the Maharajii who later gave him the name Ram Dass (previously Dr Richard Alpert). Ram Dass means “Servant of God”, and was given to him as a means of constant reminder to his life purpose.
When I initially suggested to add Ram Dass to the guru wall my knowledge of him was rather limited. I had seen plenty of quotes from him that resounded with me, had watched his special on Netflix, and was in the midst of reading his interpretation of the Bhagavad Gita, a book called Paths to God. Ram Dass is a student of Ashtanga and in Paths to God he breaks down the 8 limbs of Ashtanga Yoga with anecdotes, the words of his teachers and his own understandings.
I have found the book extremely fascinating and the way Ram Dass writes it is very relatable and at times quite funny. He is able to break down quite complicated concepts and address them from a number of angles to the point where they become easily absorbed.
In 1997 Ram Dass suffered a massive stroke which left him almost completely paralysed. Interestingly when he speaks about it, he almost appears grateful having had the opportunity to go more deeply into his practice as it illuminated aspects of his ego that were not yet dissolved.
Ram Dass now lives in Maui where he still teaches. He has given all of his book royalties and profits from teaching to his foundation and other charitable causes. It is estimated that annually he gives away between $100,000 to $800,000 USD.
“We're all just walking each other home.” - Ram Dass
- John van Huenen