So what is Space & Flow 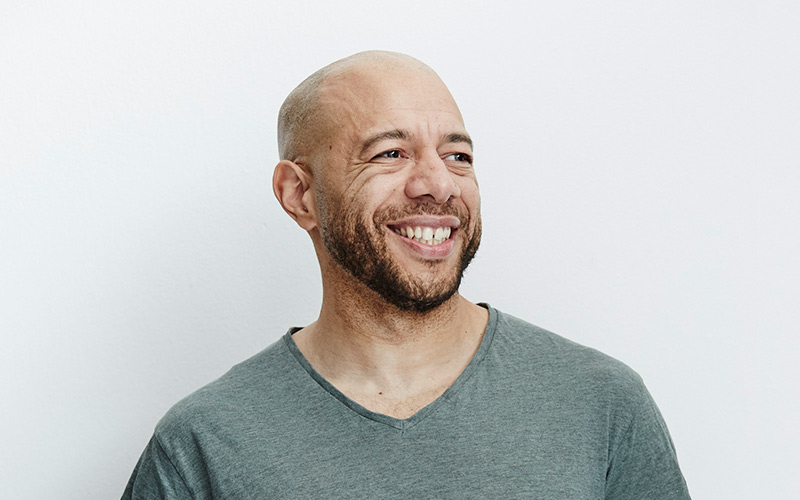 Space and flow is a system of yoga created by Raphan after years of studying yoga, choreography and somatic practices.

It is a Yoga-based movement practice promoting a healthy spine and joints, muscular strength and body-mind awareness. It is based on spinal and joint integrity and the understanding of the role of the nervous system in growth, physical potential and ultimately health.

After gently awakening and warming the body, classes progress to the practice of flowing sequences investigating the ground, the spine, the breath and their sensorial qualities; all the while hinting at the ‘third space’.

Raphan gives his students incredible body awareness and a sense of inhabiting your body. We've loved his classes for years and would like to encourage as many of our students to try them as possible. They are a beautiful and more fluid type of vinyasa flow.

Originally trained as a photographer, Raphan moved from Paris to London in 1997 to study music. While in the midst of his music degree he developed severe wrist and back pain which stopped him from playing and expressing himself through his chosen medium for almost a whole year.

After seeing many specialists and being introduced to various treatment Raphan trained in massage therapy and later on in structural bodywork, notably with Tom Myers. In order to better his posture and body awareness he also engaged in a daily practice of Pilates, this in turn fuelled a strong interest In hatha yoga that quickly led him to him undertaking a number of yoga teacher trainings including Jivamukti.

Raphan’s creativity and curiosity has led him to develop his own unique method. With charisma and passion, he teaches Space and Flow which is a movement modality and teaching methodology that emphasises spinal and joint integrity while understanding the role of the nervous system in growth, physical potential and well-being.

Raphan now teaches yoga, dance, movement and somatic awareness internationally and in studios and performing arts schools within and around London.

Raphan is also currently training as a Feldenkrais practitioner.